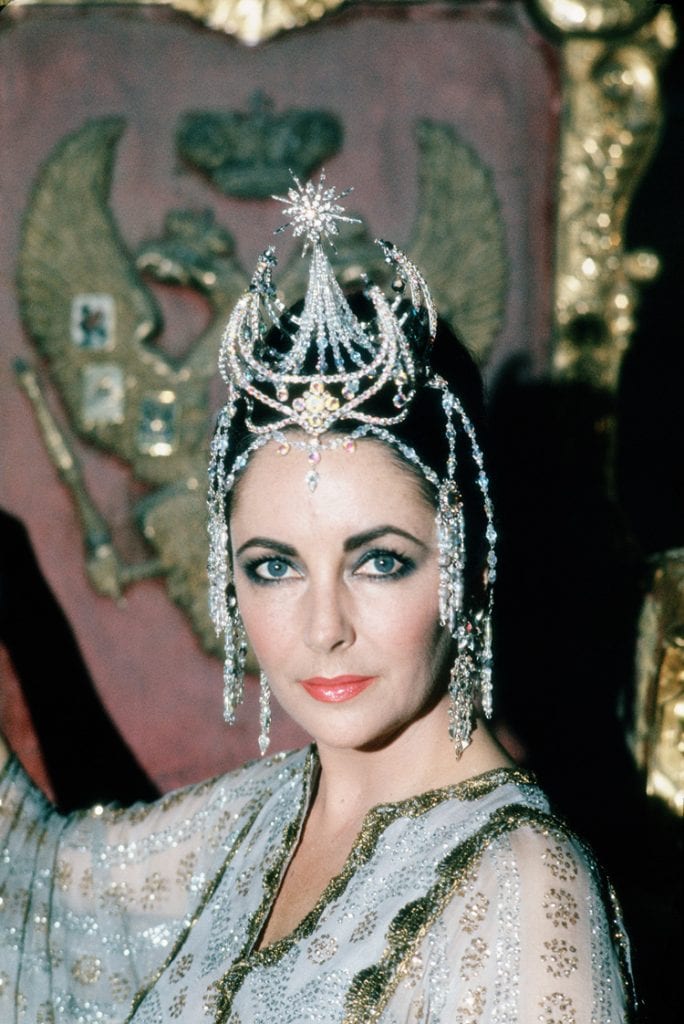 Elizabeth Taylor’s birthday was this past weekend. February 27th.

I always wanted to go to Russia. We traveled to St. Petersburg for two weeks to photograph Elizabeth Taylor, Jane Fonda, Ava Gardner, and Cecily Tyson. Milton and Life had the world exclusive on George Cukor’s film “The Blue Bird”, a fairytale by Maurice Maeterlinck. Away from the movie set, Milton wanted a more glamorous location for Elizabeth. What could be more regal than the palace of Catherine the Great, now the famous Hermitage Museum.

Let’s remember, this is 1975 in the Soviet Union. The Cold War is on and the KGB is everywhere we were. This building and all of its objects are sacred, historic, one-of-a-kind items from Russia’s past. For Milton, it’s a 300-room prop.

Milton selects the throne of Peter the Great with the understanding that it was to be used as a background. When the KGB leaves the room, Milton whispers to Elizabeth, “Sit on the throne.” She being MGM royalty, loves the idea, smiles, and slides right on. Now, he realizes there wasn’t sufficient light, so he scrambles to modify a portable strobe using a hotel napkin to diffuse the light source. I’m having a heart attack. Elizabeth is smiling through clenched teeth “Milti, for Christ’s sake, take the fucking picture”.

I never saw Milton break a sweat before, even when he worked with royalty, but he was drenched when it was over. Imagine the tension of not knowing for days what you had or didn’t have until the Life lab called to congratulate him. After all, it was a one-shot deal never to be duplicated.

View more of Elizabeth Taylor’s photos at our gallery.