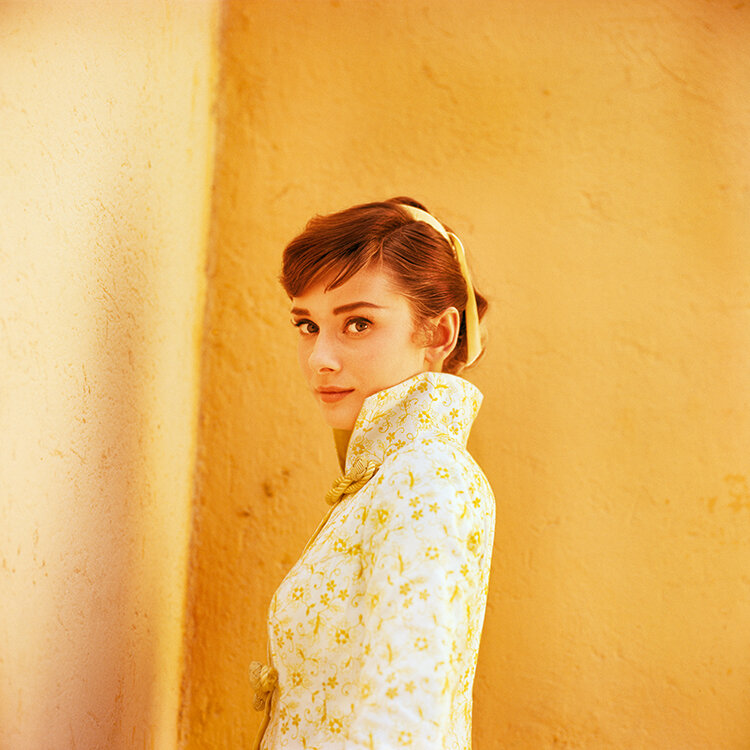 Milton photographed Audrey in 1951 for Life magazine in a portrait setting and backstage at the Barrymore Theater for the Broadway production of “Gigi”. Adapted from the novel by Sidonie Gabrielle Colette, “Gigi” was a stage play by Anita Loos. While on assignment for Look, Milton was sent to Europe in the summer of 1955 where he photographed a medley of European and American movie stars which included Audrey Hepburn and Mel Ferrer at their home in Rome and on the set of “War and Peace”.