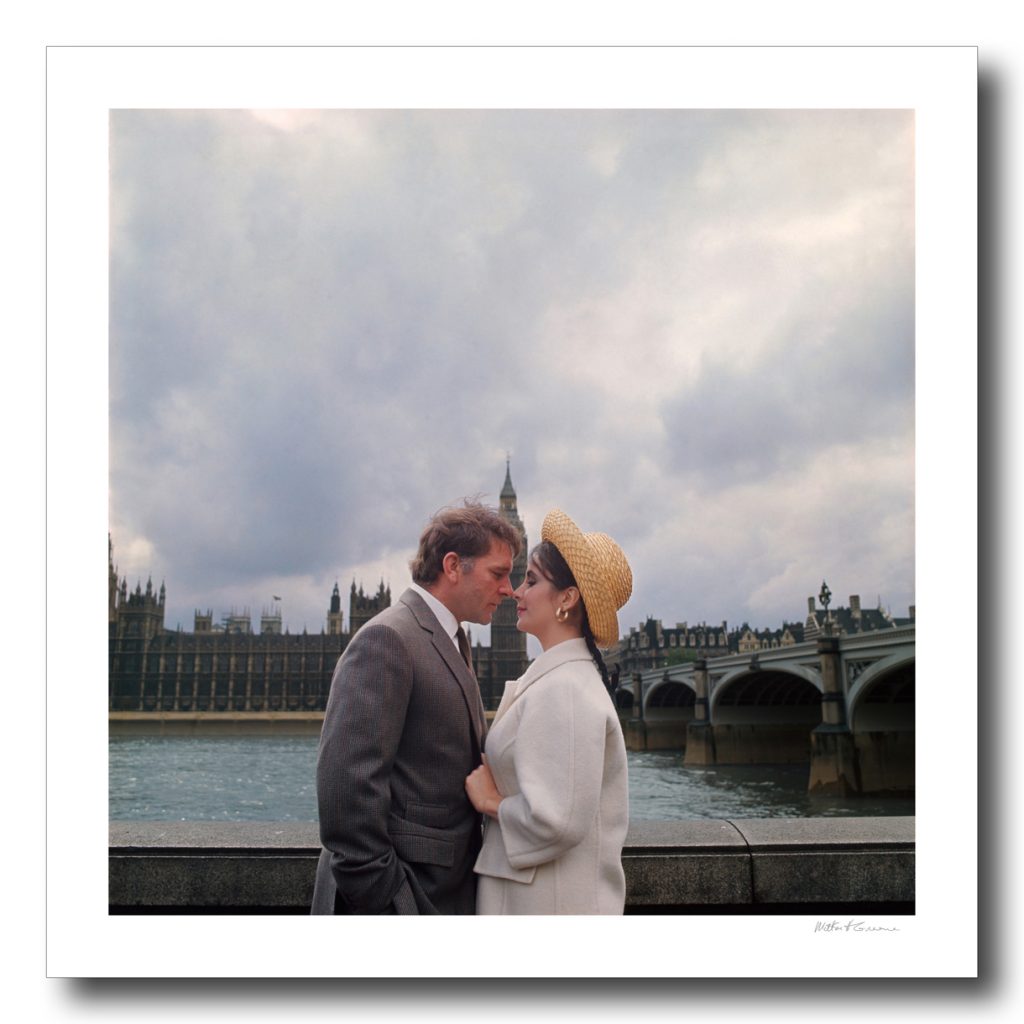 Milton H. Greene met Richard Burton during the Broadway run of the 1960 Lerner and Loewe production of Camelot. Marilyn Monroe’s publicist, Arthur Jacobs, had been brought on to do the PR and hired his old friend Greene to photograph rehearsals and performances for the album, playbill and a subsequent story in Life Magazine. Milton’s reputation preceded him and stars Burton and Julie Andrews were impressed with his professionalism.

Richard, in the meantime, was keeping the tabloids busy, with his whirlwind romance with Elizabeth Taylor. In August 1963, while in England filming ‘Beckett’ with Peter O’Toole, Milton and his then-business partner and good friend Joe Eula met up with the pair on set. Joe, a world-renowned fashion illustrator, did extraordinary sketches of the costumes and the sets as Milton did his photography of the same. Milton also shot wonderful photographs of the O’Toole and Burton in cafes and bars. These four drinking buddies worked all day, drank all night and one evening Joe became obnoxious to the point that Richard and Peter decided to throw him into a dumpster where he slept soundly for the rest of the evening.
Burton, however, was on his best behavior when Taylor was near. Although the relationship has been scrutinized over the years, it was evident to Milton that the couple was truly in love, as evidenced by photos taken during the ‘Becket’ filming of the two alongside the Thames with Big Ben in the background. They would later be married (the first time) in March 1964.